There is no doubt the Internet of Things (IoT) revolution is coming, but the question is how. Zero Energy Development (ZED), one of the finalists in the 4TU Impact Challenge, hopes to be at least a partial answer to this question. They specialize in small IoT devices such as sensors and switches that require no batteries or wires to function, making them more sustainable and enabling numerous innovative applications.

So without any batteries or wires, where does the required power come from? ZED’s technical answer to this question is “ambient energy sources”, which you could also interpret as “anything else”. It could range from more conventional sources such as wind and solar, to more innovative options like harvesting energy from vibration, or even the press of a button itself.

An example of how ZED applied this, is their winning entry of Airbus’ Fly Your Ideas competition in the summer of 2019. “In the competition we tried to sell the most simple use case, which is basically a button, a single button.” says Niels Hokke, a member of the student team back then. “If someone presses the button, you harvest the energy of that someone pressing the button and you use this to transmit a message.” This simple and elegant idea can be implemented anywhere there is a button or switch which enables lots of additional opportunities. Aircraft seatbelts for example: by putting ZED’s sensor in each one, a monitoring system can be implemented that keeps track of which ones are fastened and which ones aren’t. Instead of going by all passengers one-by-one, the cabin crew can now get an overview of the (un)fastened seatbelts in an instant. Besides this one example, numerous others exist. Hence ZED’s winning slogan: “A silver bullet with a simple switch”. 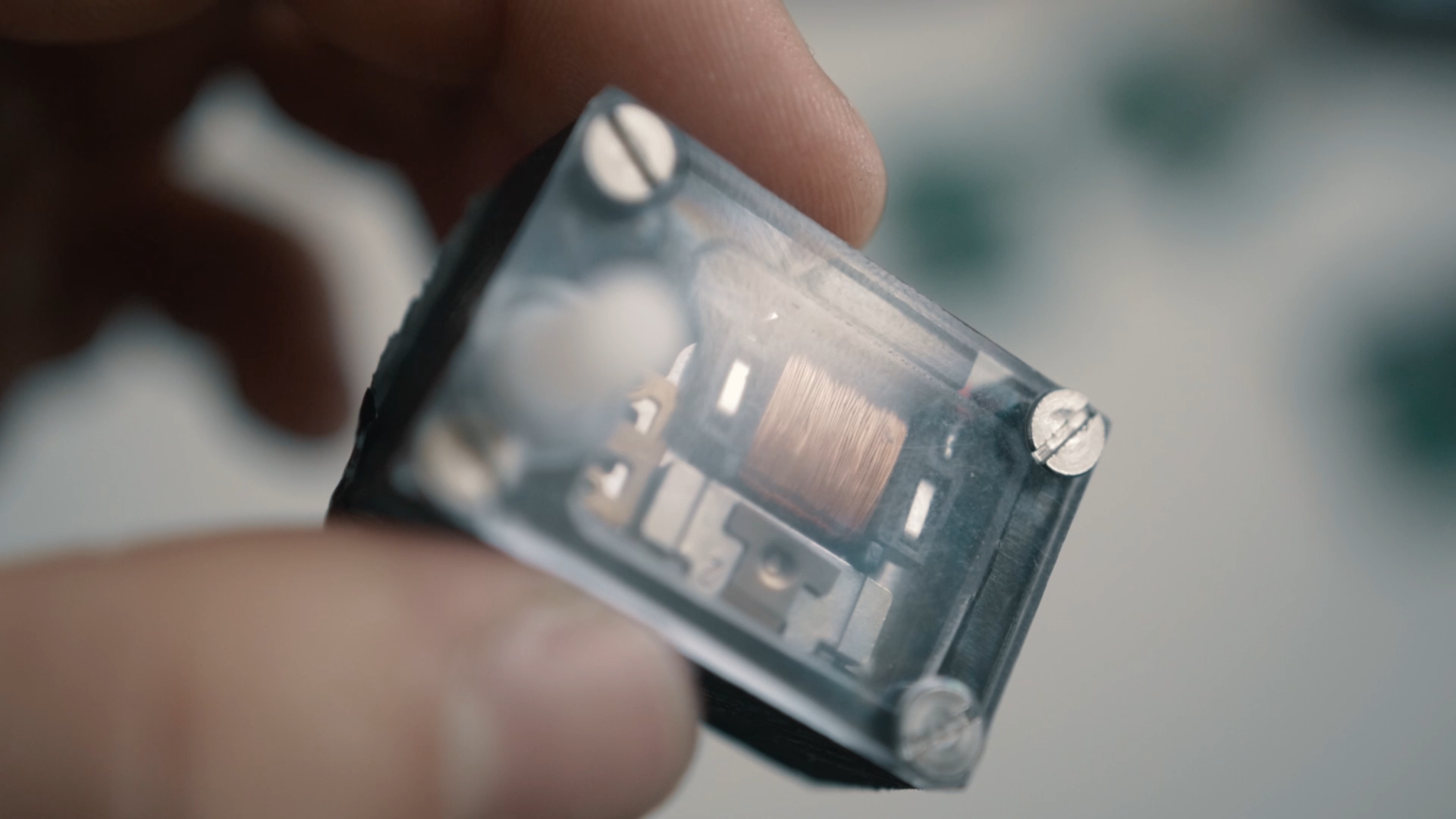 In the months following the competition, Airbus remained interested in ZED and they approached professor Venkatesha Prasad, known within the team as “professor VP”. He is part of the Embedded Networks and Sensors research group at the Faculty of EWI, the place where ZED’s students and technology originated from. Professor VP has been researching zero energy IoT devices for 12 years. Surprisingly, he tells: “This technology has already been around for years. In 2012, one of my PhD students graduated on Zero Energy Networks, ZEN. Now we call it Zero Energy Devices, but it is basically the same thing.”

Aside from his technical knowledge, professor VP also has 6 years of start-up experience. That made him aware of the importance of collaborating with Airbus. “If you have a very high profile client, a new start-up will just fly”, he explains. All this meant there was a lot of excitement about ZED and plans were made to turn it into a real start-up. Accordingly, professor VP created graduation assignments focussed specifically on the issues that were impeding full-scale aircraft implementation. This fell right into the lap of Niels Hokke, who was already planning to start graduating after the Airbus competition. Work on the start-up plans and graduation assignments progressed successfully for a few months but then, as ZED was about to make their first prototype for Airbus, the onset of the COVID-19 pandemic in March 2020 brought the collaboration to an abrupt end. This was a major setback, and forced ZED to reorient completely. “COVID spoiled all of our dreams” professor VP recalls.

Impact of a flyer

Just before this major setback, another student approached professor VP because he wanted to graduate on the technology that was being developed for Airbus. His name is Suryansh Sharma. Shortly after ZED received the devastating news, Suryansh was walking through EWI when he was handed a flyer. He recalls: “It just talked about ‘Do you have an idea? Or do you have something that can impact or change the world?’ and I’m like, well, we worked on it every day for years now. The world needs to know.” That’s how ZED ended up in the TU Delft Impact Contest.

When he entered the competition though, Suryansh planned to put his master thesis in the competition, but this all changed after talking to the many mentors that are part of the Impact Contest. “When I talked about a device which does not have batteries or does not have wires, they said that ‘That’s great. Why limit yourself to aircraft? So why limit yourself to this one use case?’” This realization was pivotal, and now forms the base of ZED’s success.

After winning two prizes with ZED, Suryansh went on to become a PhD in October (under professor VP of course). One of ZED’s prizes was a ticket to compete in the 4TU Impact Contest, the national finals, on the 19th of November. Despite being a PhD now, Suryansh will be the one pitching ZED there to a national audience and, should the COVID situation permit it, even the Dutch prime minister Mark Rutte will be there to listen.

From lab to reality

Having completed his graduation, Niels Hokke has now taken over the main role within ZED from Suryansh. He was part of team ZED in the Airbus competition, and now he is driven to turn ZED into a real start-up: “my main motivation comes from the point that professor VP has a whole team of postdocs and PhD students under him, and all of them come up with great innovations and great new solutions. But then they write the paper or they write a master’s thesis and this just sits on the shelf and nothing comes of it.”

ZED aims to address this by becoming an innovation house: a broker of the knowledge about zero energy IoT devices that has been accumulated through years of research at the TU Delft. In this role, ZED would be able to tap into all the potential, currently lying on the shelves of the TU Delft’s labs and put it back into society. Moreover, the vast amount of knowledge would enable ZED to provide their clients with a wide range of custom-made solutions. Then, “the silver bullet” would no longer be one of ZED’s devices. Instead, by becoming an innovation house, the silver bullet would be ZED itself.