PATS! The sound (in Dutch) that your hands make when swatting an insect pest such as a mosquito. That may work well enough in an office, but it’s a different matter if your workplace is a greenhouse covering several hectares and the insect pests are threatening to destroy your precious crop. Fortunately, the drones from PATS Indoor Drone Solutions are well equipped to take on the task of combating harmful insects in the greenhouse horticulture sector. Completely autonomously and with no chemical insecticides. Bram Tijmons, co-founder of PATS, is a firm believer in the added value of tiny drones to aid the growers. “The grower can concentrate on what he is good at: growing.”

Making an impact couldn’t be more literal: a drone that flies up to an insect and makes mincemeat of it with its rotating propellers. The PATS system is modular, comprising a small (7x7cm) drone, a charging station and a camera system. The camera monitors its surroundings 24/7 and is armed with smart, self-learning Artificial Intelligence (AI) software. The more data input the software receives, the better it can inform the growers about the insect pests and the drones can do their work. “You need to first know your enemy, then you can fight it effectively,” Bram explains.

Bram, the type that finds it easy to start up a conversation, explains enthusiastically: “One summer night my two co-founders, my brother Sjoerd Tijmons and friend and colleague Kevin van Hecke, came up with the idea of using drones to combat insects, when they were being kept awake by a mosquito. They were prompted by the thought: we work with drones, let’s use drones as a solution. It all began as a bit of fun, but the project soon got out of hand. That sort of pioneering, tinkering away in a basement on something totally new, that suits me well.”

“Our technology is hugely disruptive and has the potential to strongly change the horticulture sector.”

They started paying serious attention to the project when they heard a call for help from Glastuinbouw Nederland, a large business network within the glass horticulture sector. “Many chemical insecticides are used to combat moths and caterpillars. This is a time-consuming, expensive and uncertain process, because pest cycles are hard to predict.” They had to come up with an answer to this.
“Horticulture is undergoing a huge transition right now. One of the reasons for this is the Green Deal, in which agreements have been made for a sustainable economy between the central Dutch government and other parties such as businesses. One agreement in the Green Deal is that by 2030 the agriculture sector, which includes glass horticulture, will have reduced its use of chemicals by 50%.
Food purchasers’ requirements are also becoming stricter and consumers have become increasingly critical about the way their food is produced. Our technology is a perfect answer to this.”

“We started developing drones simply because we wanted to work with great technology. That was our focus.” But besides being interested in the defence drones, called PATS-X, it turned out that the growers were also interested in the technology that monitors the insect pests in the greenhouses. “How was it that we knew that moth numbers in the greenhouses were increasing even before the growers did? We got this question from the growers a lot, because this was vital information that they were missing.”
This led to the development of PATS-C, a separate module that does nothing but monitor and send valuable data to the growers about which insects are present in their greenhouses. “This application, the separate monitoring module, was something we had not anticipated. The growers’ question caused the penny to drop.” 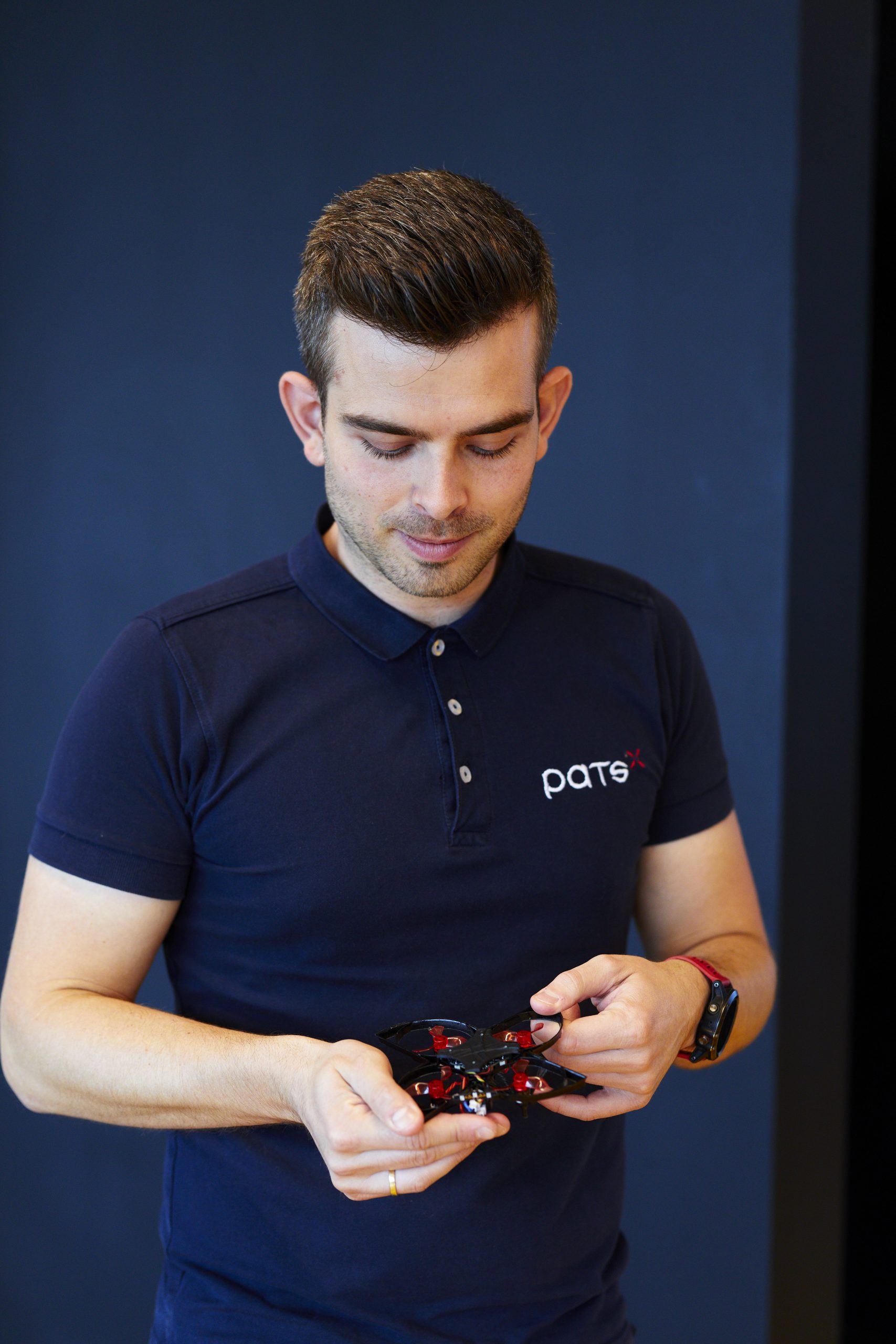 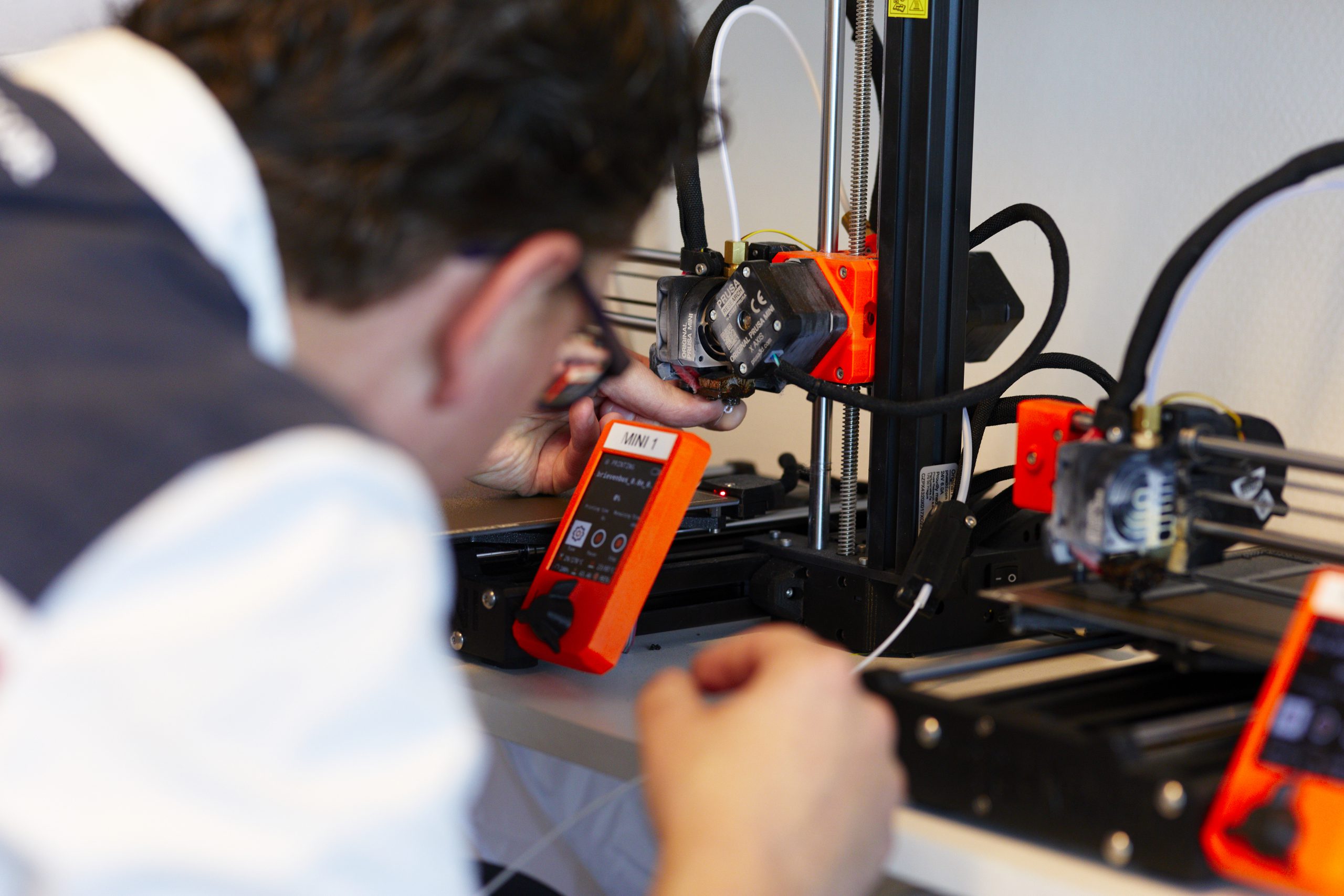 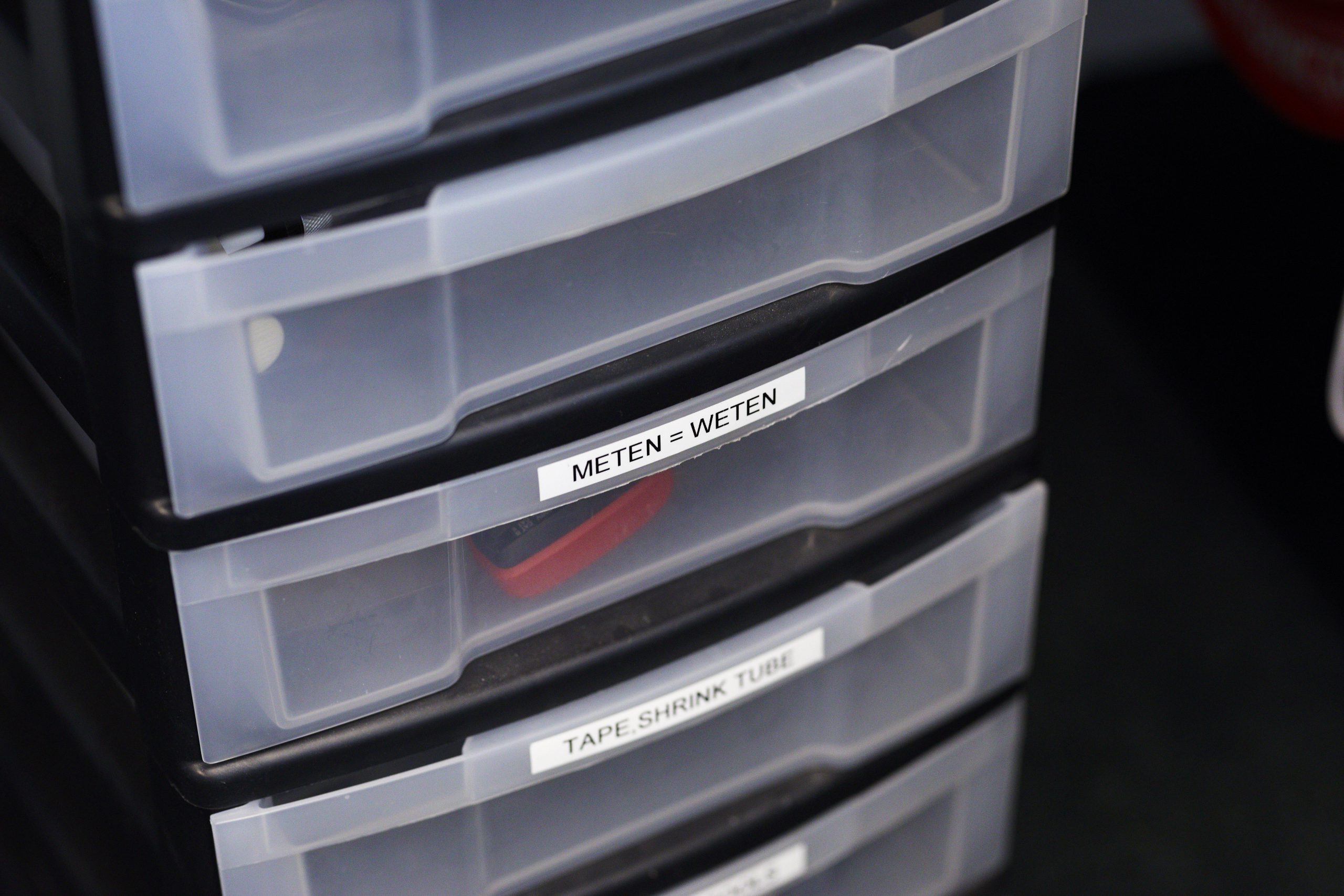 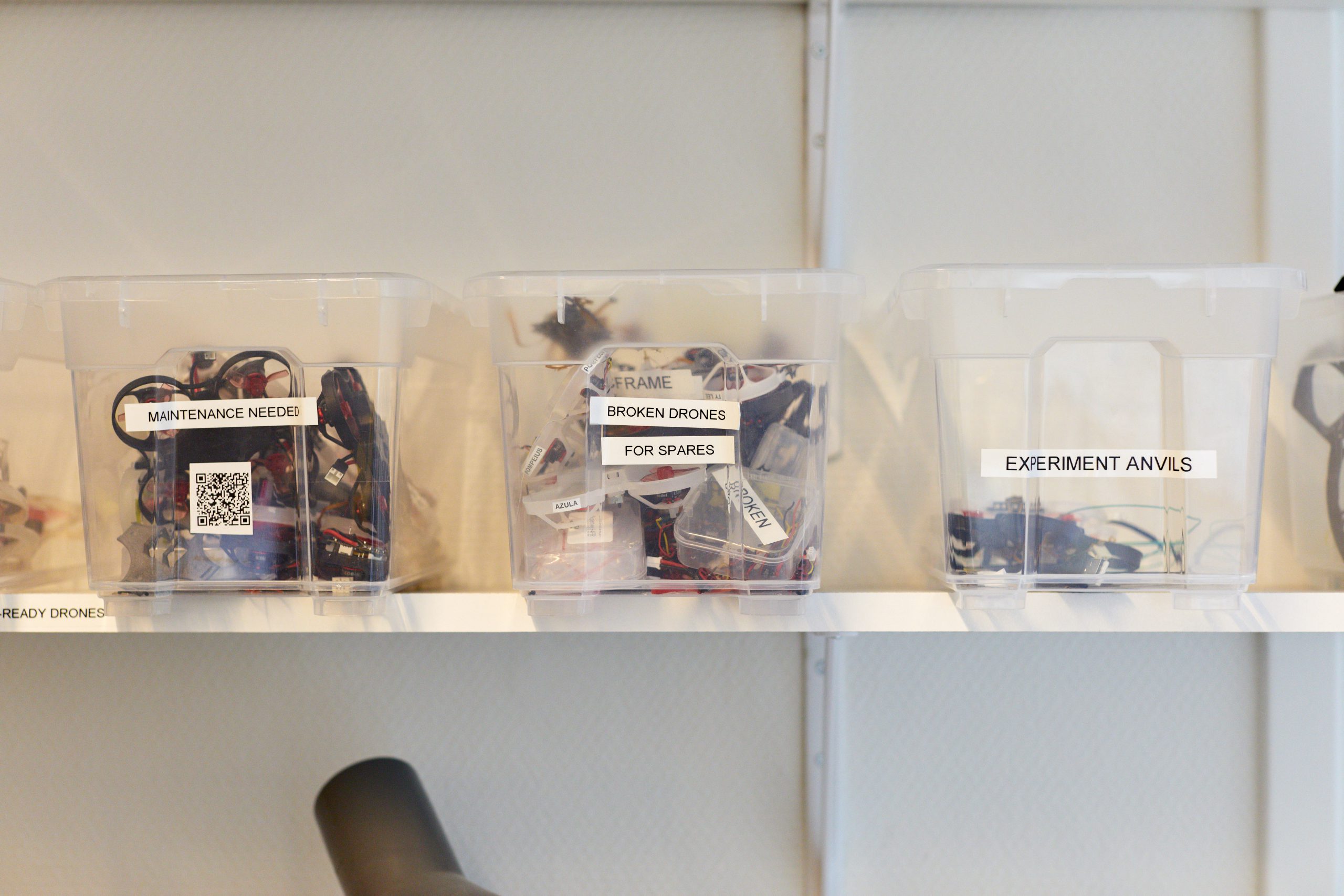 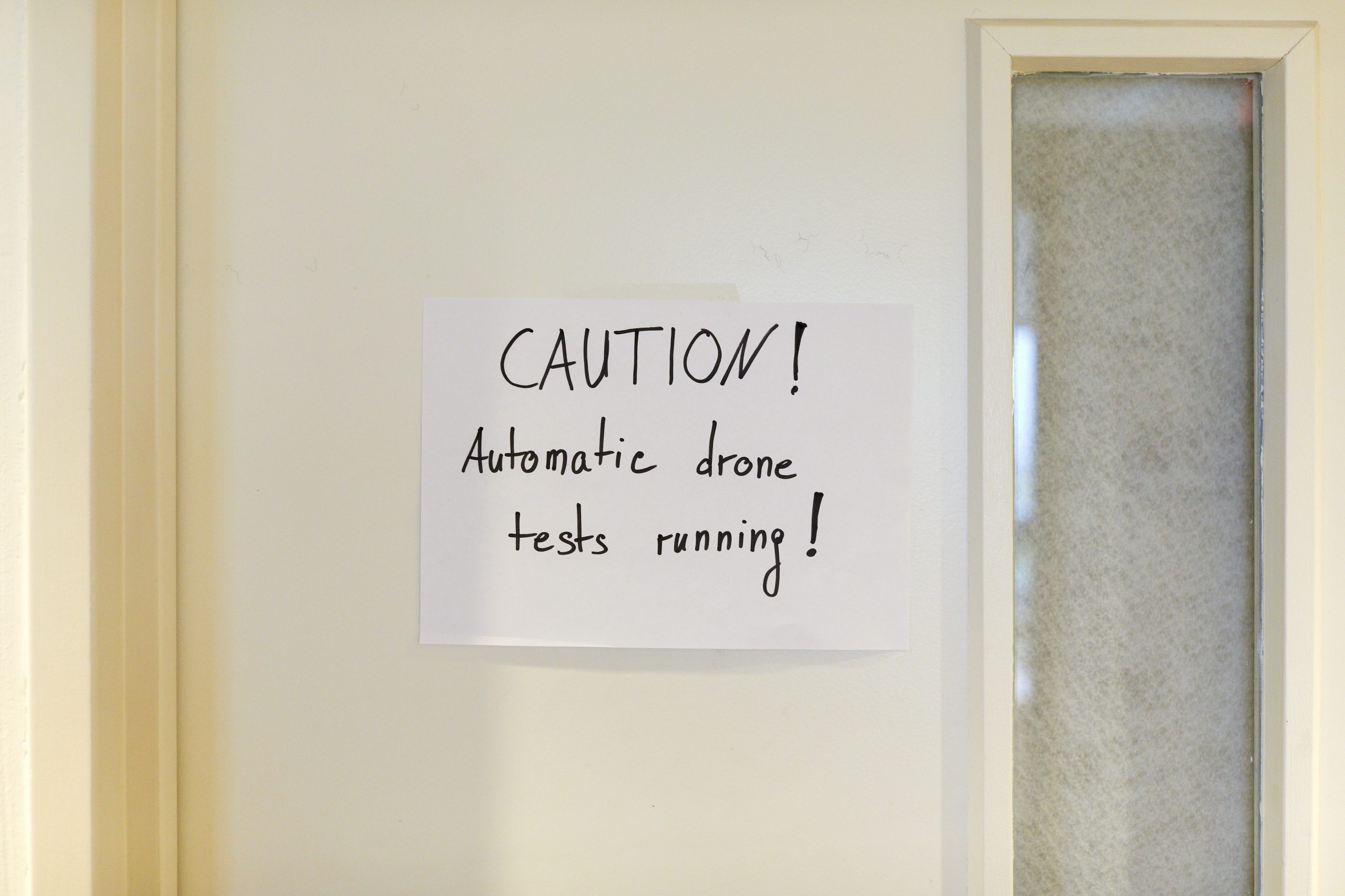 Chemistry within the team

“I studied business administration and worked for employers for several years, and during this time, I always dreamt of having my own business. I don’t have any background in drone technology, but I am a type who loves to take on a challenge.
So when Sjoerd and Kevin invited me to join them, I didn’’t doubt for a second. It was still early days in my career and I had few responsibilities in my private life, so I was willing to take this adventurous step. I knew that my qualities, more network- and sales-orientated, would complement their technical know-how in the team.”

The sky’s the limit

The TU Delft Campus is a perfect base for PATS; they are housed in the Aerospace Innovation Hub, in the Faculty of Aerospace Engineering in the south of the campus. They feel right at home on the 13th floor of the building, with access to TU Delft facilities, lots of matchmaking opportunities and with emerging talent from various faculties close at hand.

Business has been good for the drone company in recent times: in September PATS made two great deals, announcing a distribution collaboration with Royal Brinkman, and two new investors, Jaap Korteweg (founder of the Vegetarische Slager) and horticulturalist Kees van Geest. These developments will enable them to develop the technology further and scale up the market rollout. “Market validation, the ultimate proof of a successful application, enabled us to attract these investments and gives me confidence that there is a need for our product.”

“Our technology is hugely disruptive and has the potential to strongly change the market,” says Bram, “in fact it already does.” He is referring here to some big names in the glass horticulture sector who are already flying autonomous PATS drones, such as Koppert Cress and Holstein Flowers. “My vision? A new and revolutionary generation of autonomous and sustainable solutions for effective crop protection.”