Using high-tech ultrasound equipment to simplify and improve the work of doctors all over the world; that is what the team of seventy employees at Oldelft are working on every day. Oldelft Ultrasound develops, manufactures and supplies miniature ultrasound transducers for producers of medical devices. CEO Rob Smallenburg and commercial manager Stefan Roggeveen tell us enthusiastically about their innovations. “Our tiniest transducer is used during surgery for new-born and premature babies with a heart defect and is unique in the world.”

The company owes its name ‘Oldelft’ to the address of its first premises, on the Oude Delft canal in Delft. Smallenburg – who has a background in physics – has been involved with the company since its inception. “The ‘old’ Oldelft was specialised in optics with only a small section working on ultrasound. I was part of the group that split off to form Oldelft Ultrasound in 1998.” In 2008 Oldelft became completely independent. Soon after Roggeveen joined in 2012, the decision was made to focus the company on 4D imaging, a crucial new direction for Oldelft.

4D ultrasound is on its way

Oldelft is standing on the threshold of a product introduction that they have been working on since 2015: a 4D ultrasound pediatric transducer (transducer for children) that visualizes the heart in real time in 3D. This technique already exists for adults, but is not yet in use for children. The transducer is small enough to be inserted via the mouth and throat into the oesophagus to produce an image of the heart. The end of the TEE probe, as the esophageal transducer is also called, reflects high-frequency waves it emits that create a very clear image for the doctor. Close to the heart you have a much better view of the anatomy and possible medical problem than if you look from the outside, with the ribs and lungs still in between.. Roggeveen shows two models of transducers: “The future lies in 4D transducers. 4D means we can show 3D images in real time. This real-time imaging can monitor the heart constantly, which is of course a huge advantage during an operation.”

Launching a new medical product on the market is not something that happens overnight. “You have to realise that this product won’t be on the market until next year,” tells Roggeveen. Oldelft is one of the few organizations in the world making this type of product – producing around 2,000 per year – and selling them to companies such as Philips, General Electric, Siemens and Canon. The product has already been fully developed, but it takes a lot of time to go through the approval processes and to synchronise with existing systems. Smallenburg and Roggeveen are looking forward to the moment when the 4D transducer is actually used in medical practice. But they are not sitting still: “We’re already looking out for the next innovation: we think up the technology of tomorrow!”

“The future lies in 4D transducers, showing real-time 3D images. A huge advantage during an operation.”

Last summer Oldelft Ultrasound relocated to the TU Delft Campus, in a brand-new building that the employees think is ‘a joy’ to work in. In the new building it was a deliberate choice to place the entire production process on the first two floors. “Everything important takes place downstairs – we are upstairs and are merely an overhead,” jokes Smallenburg. Besides practical advantages for the employees, this also allows visitors to catch a glimpse behind the scenes. When you enter the building you see concentrated faces, a workshop, a microscope and multiple computer monitors. It’s not hard to imagine that some employees used to be watchmakers or goldsmiths, even though this highly technological environment has a totally different atmosphere.

The highly specialised craftsmanship required means that Oldelft’s most important capital is its employees. The smallest model – the only one of its kind anywhere in the world – is designed for new-born and premature babies. “You can imagine that these instruments are put together with great precision. We work with minuscule components, which also have to be able to rotate. That’s not easy, it takes experienced and well trained workers to do this work,” explains Smallenburg. This is why Oldelft is keen for people to make a long-term commitment to the company. And that is going well, says Roggeveen: “Employees experience this as a challenging workplace where you work as part of a team creating products that are of immense value in the health sector. We are fortunate to have a very low staff turnover.” 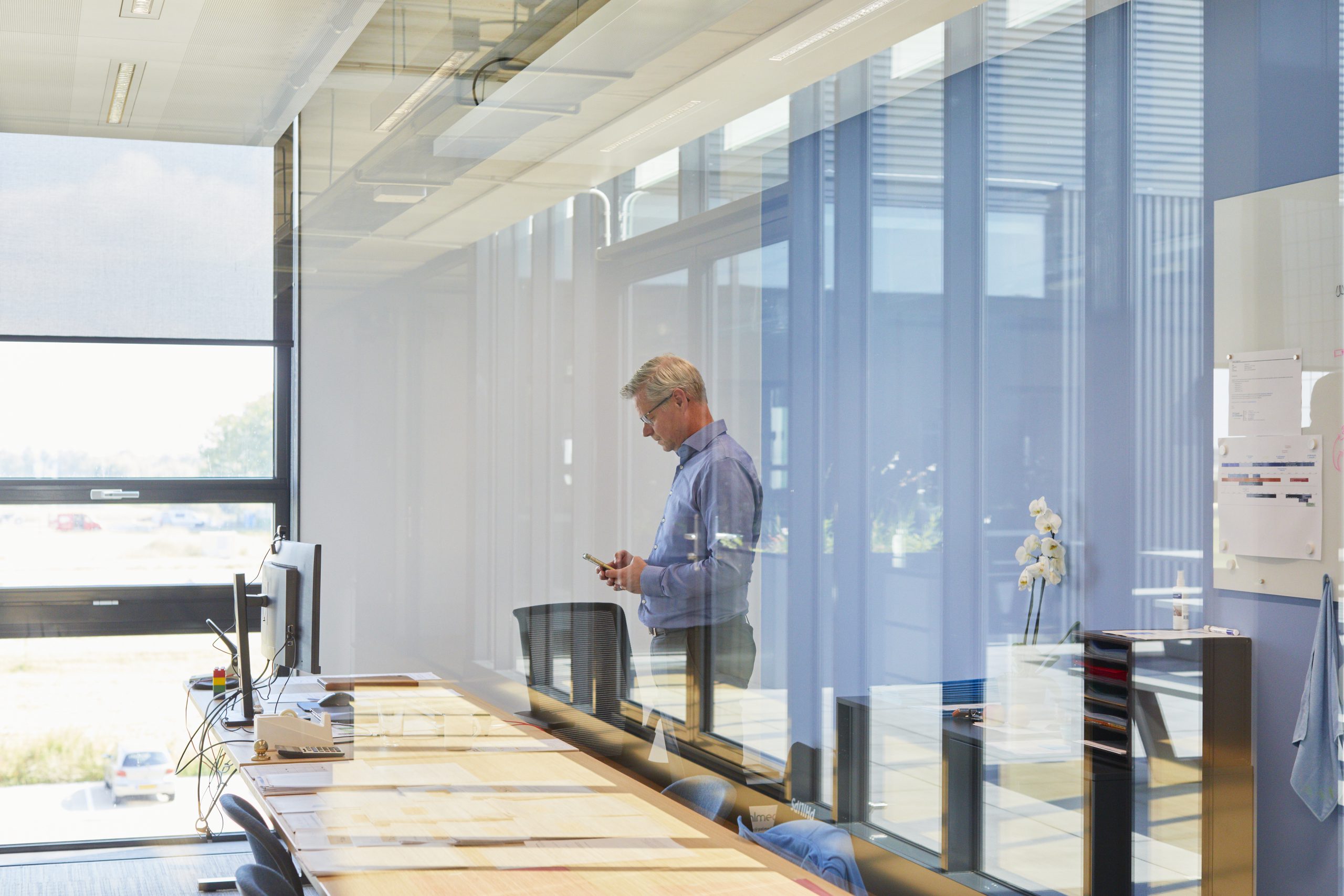 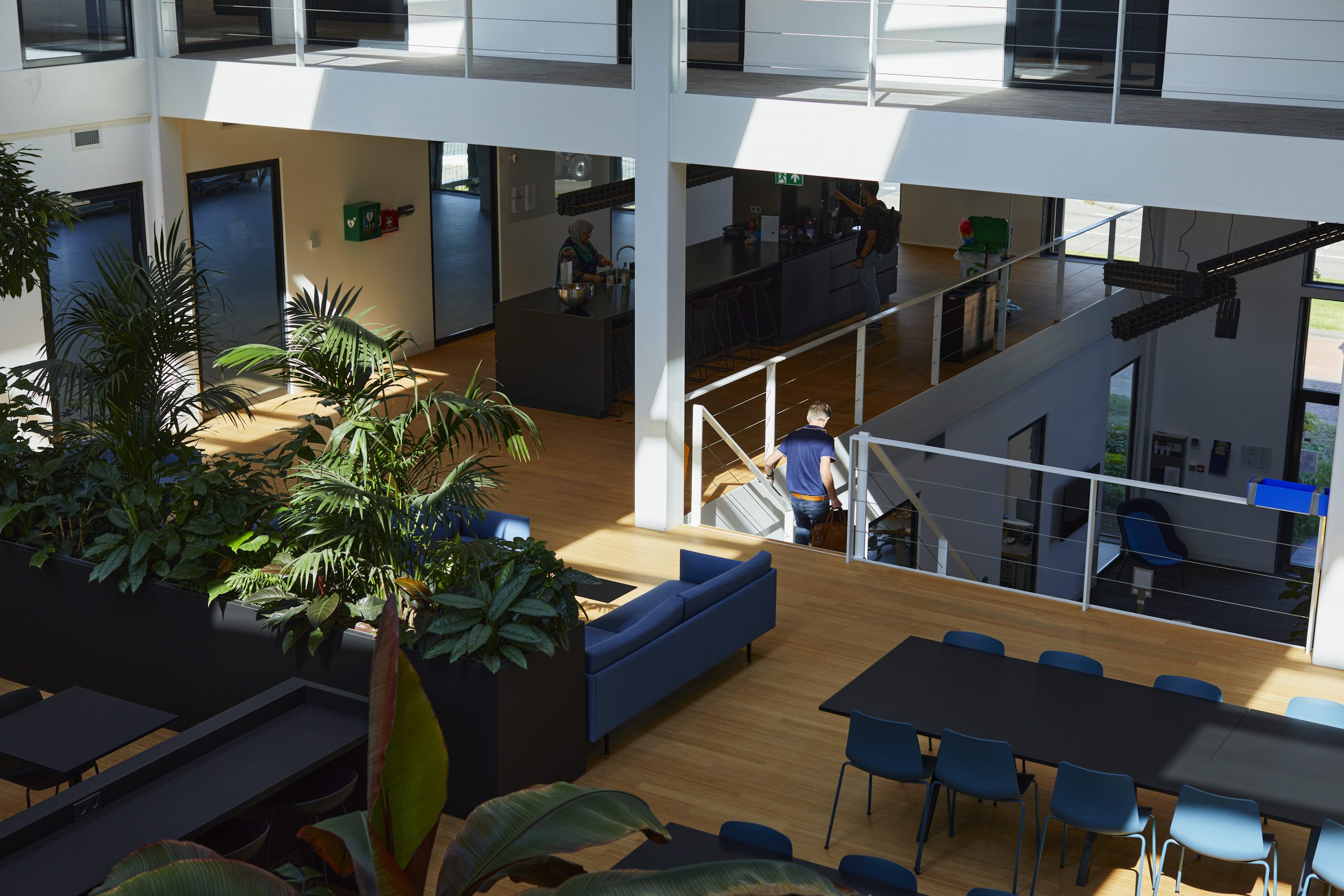 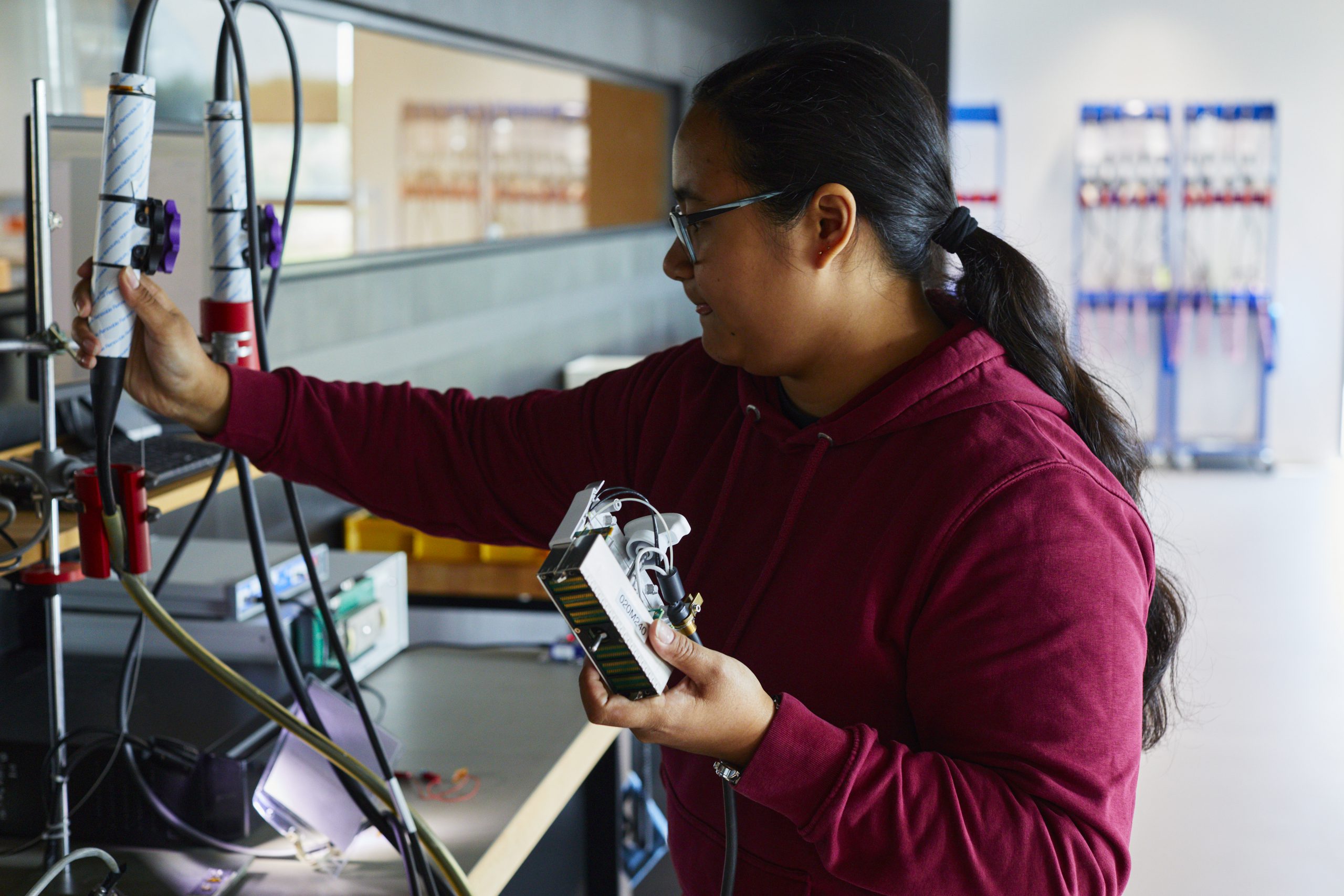 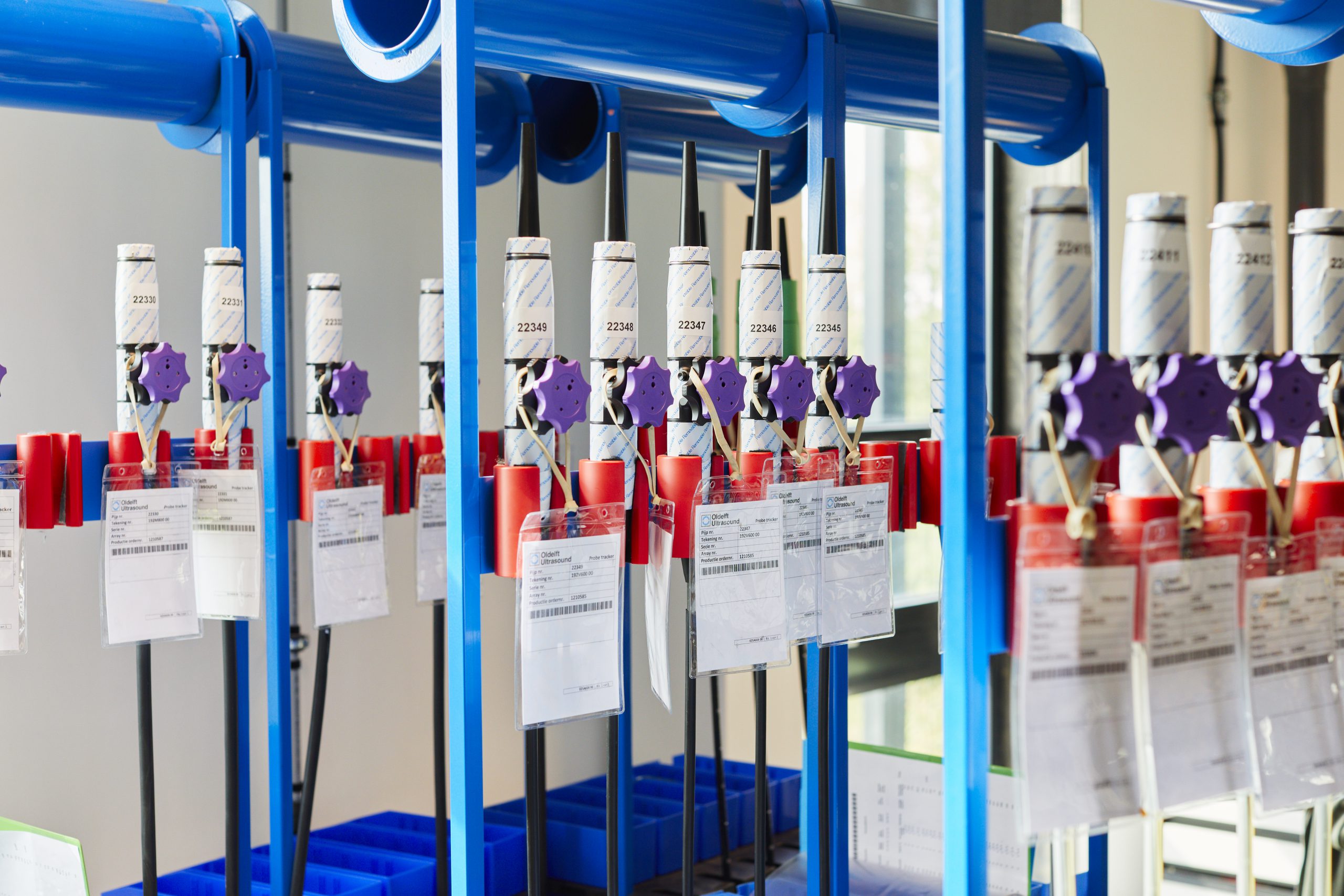 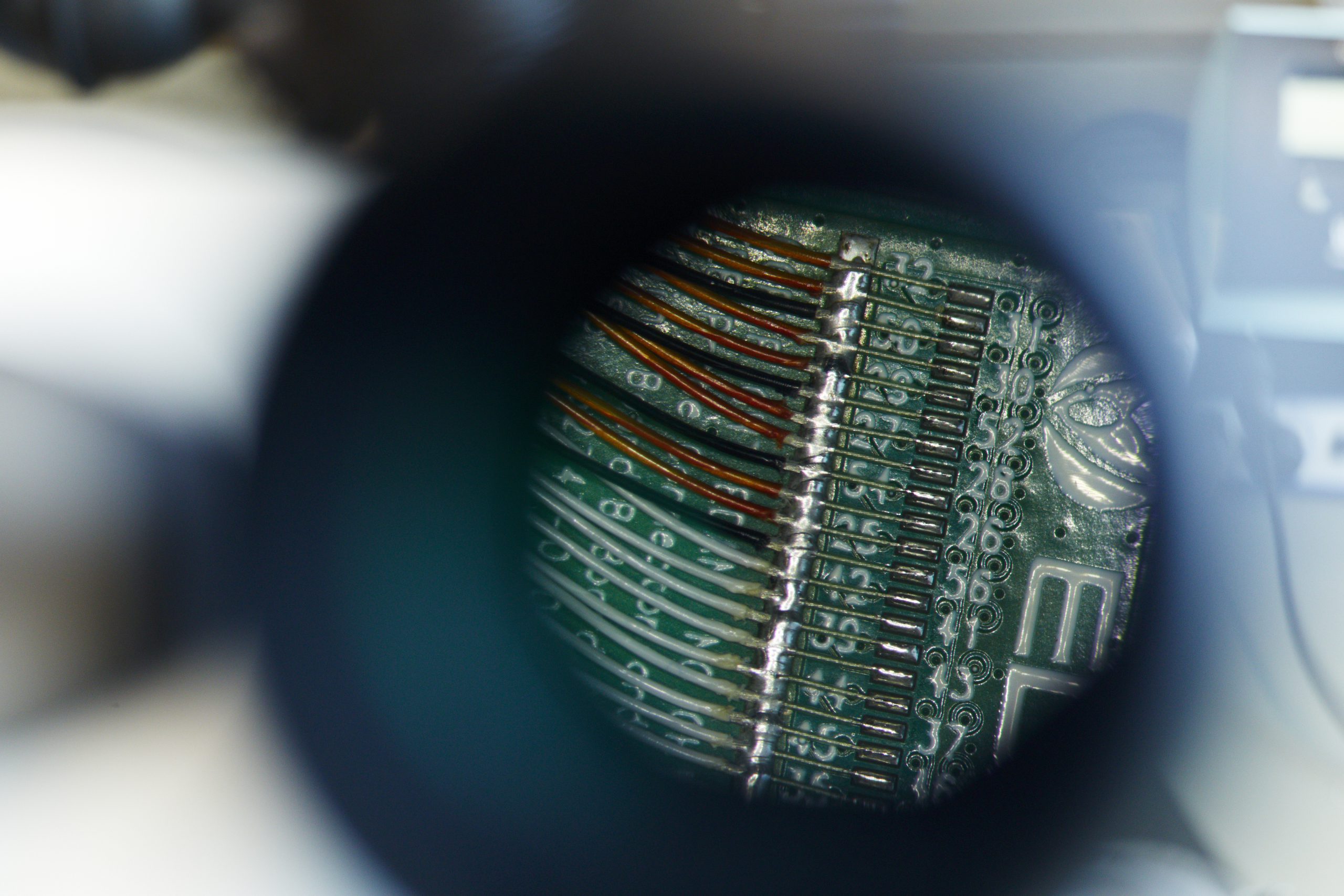 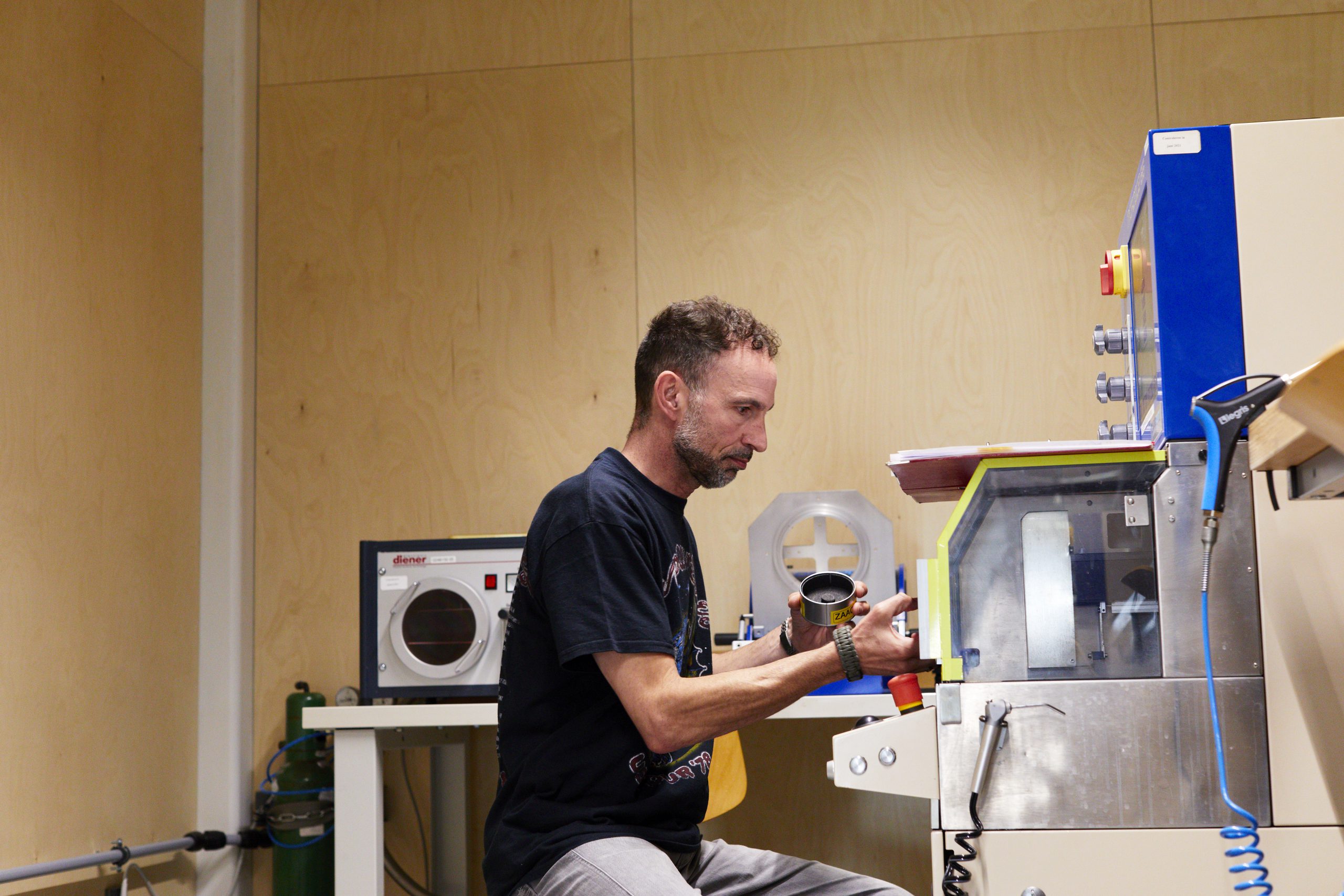 Good links with the university

Oldelft works together with the departments of electrical engineering and physics at TU Delft. The collaboration is most intensive in the early stages when a design for a new product is being created. But we also involve researchers later in the process when we encounter development or research-related questions. Smallenburg illustrates this cross-pollination with an example: “Years ago we didn’t have our own ASIC designer (someone who can design chips, ed.) so we were even more dependent on the TU Delft electrical engineers. An experienced ASIC designer was tipped off to us via TU Delft, who we also hired. Furthermore,  we were able to take on a second ASIC designer who was just about to graduate. Now we are looking to see if this person would like to study for a PhD at TU Delft on a subject that is also relevant for us. This shows that the intensive collaboration has beneficial results for everyone involved.”