Batteries that last longer, without needing the scarce – and controversial – raw material cobalt. This is one of the principal applications for the nano-coatings developed by Delft IMP. Applied on a large scale, this unique technology has the potential to play a significant role in the energy transition, says CEO Roderik Colen. “We can really improve the world.”

Delft IMP is located in YES!Delft Labs on the southern part of the TU Delft Campus. Colen’s office looks out onto NEXT Delft, which is currently under construction and will be home to scale-ups and other companies supported by YES!Delft that are expanding. Next to his desk is a model of the equipment used to apply nano-coatings. The real machines are kept in the lab on the other side of the hallway.

The principle behind nano-coatings is simple: apply a razor-thin protective layer at the atomic level to the powders used in batteries, and they last twice as long. In addition, thanks to these improved properties, cobalt is no longer needed to keep the battery stable. “So, not only can we increase the service life, but we can also save on valuable raw materials that are often mined under appalling conditions,” explains Colen.

Since powders are used in many different materials, nano-coatings can be used for various applications, such as in LED lamps, for example. “They also contain powder: phosphorus. Applying a protective layer increases its heat resistance, which in turn prolongs the service life of the lamp.” Medicines are another example. By applying a nano-coating in a targeted manner, you can make medicines dissolve much more slowly.

“Our ambition is to accelerate the energy transition”

However, Delft IMP primarily focuses on renewables: batteries, fuel cells and electrolysers. “That’s our biggest market.” Colen collaborates with leading carmakers and battery manufacturers – and that’s no coincidence. Although nano-coatings are being developed at several laboratories around the world, Delft IMP is the only company that can make these coatings on a large scale. “What we do is unique,” says Colen. “We develop both the specific coatings as well as the machines to produce them on a large scale.”

The TU Delft spin-off is on the verge of a breakthrough. “We are in the process of bringing in new investment, which we will use to really scale up. Our portfolio is full, so now we just need money to start building machines and getting them to the market.” Colen expects his company, which currently employs 11 people, to double in size within a year. He will therefore be making the move to NEXT Delft as soon as construction is complete. Investors know where to find the company: at the beginning of October it was announced that Invest NL and Project Sandwater are investing no less than 10 million euros in Delft IMP.

The company still works closely with TU Delft. Delft IMP was founded by Professors Ruud van Ommen (Chemical Engineering) and Jacob Moulijn (Catalysis Engineering). Both are still on the technical advisory board, as is Professor Marnix Wagemaker (Storage of Electrochemical Energy). “Their advice is incredibly useful. But we also collaborate on joint research projects,” says Colen. The company also uses some of the university’s facilities, such as the complex measuring equipment. “As a start-up, we can’t afford to buy that type of equipment ourselves.”

Before joining Delft IMP, Colen spent more than 20 years at Shell. Why make the move? “The thing I am most passionate about is accelerating the energy transition, but there’s also a social dimension to it; I enjoy working with young people and I really want to give something back to society.” At Delft IMP, all of these factors come together. 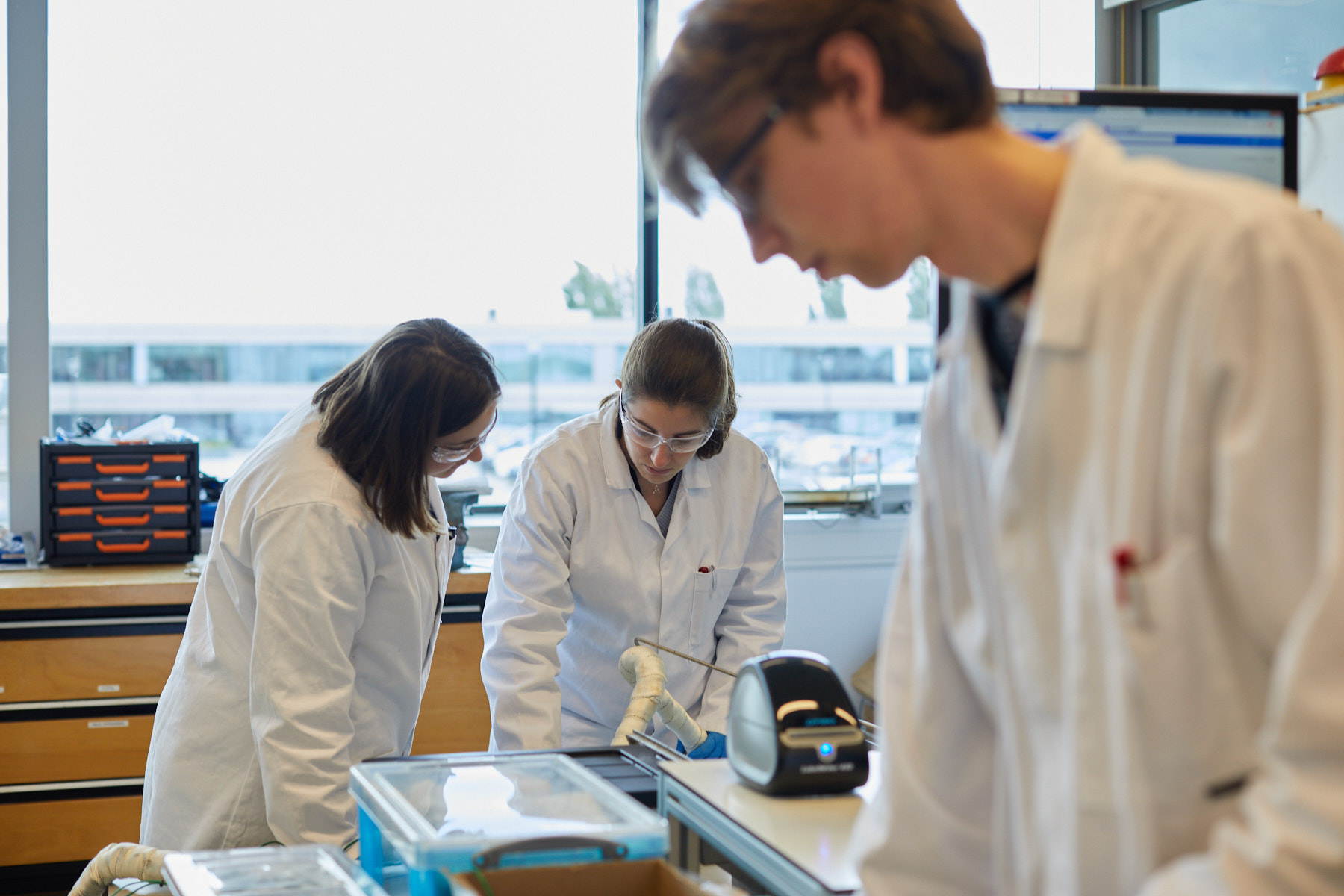 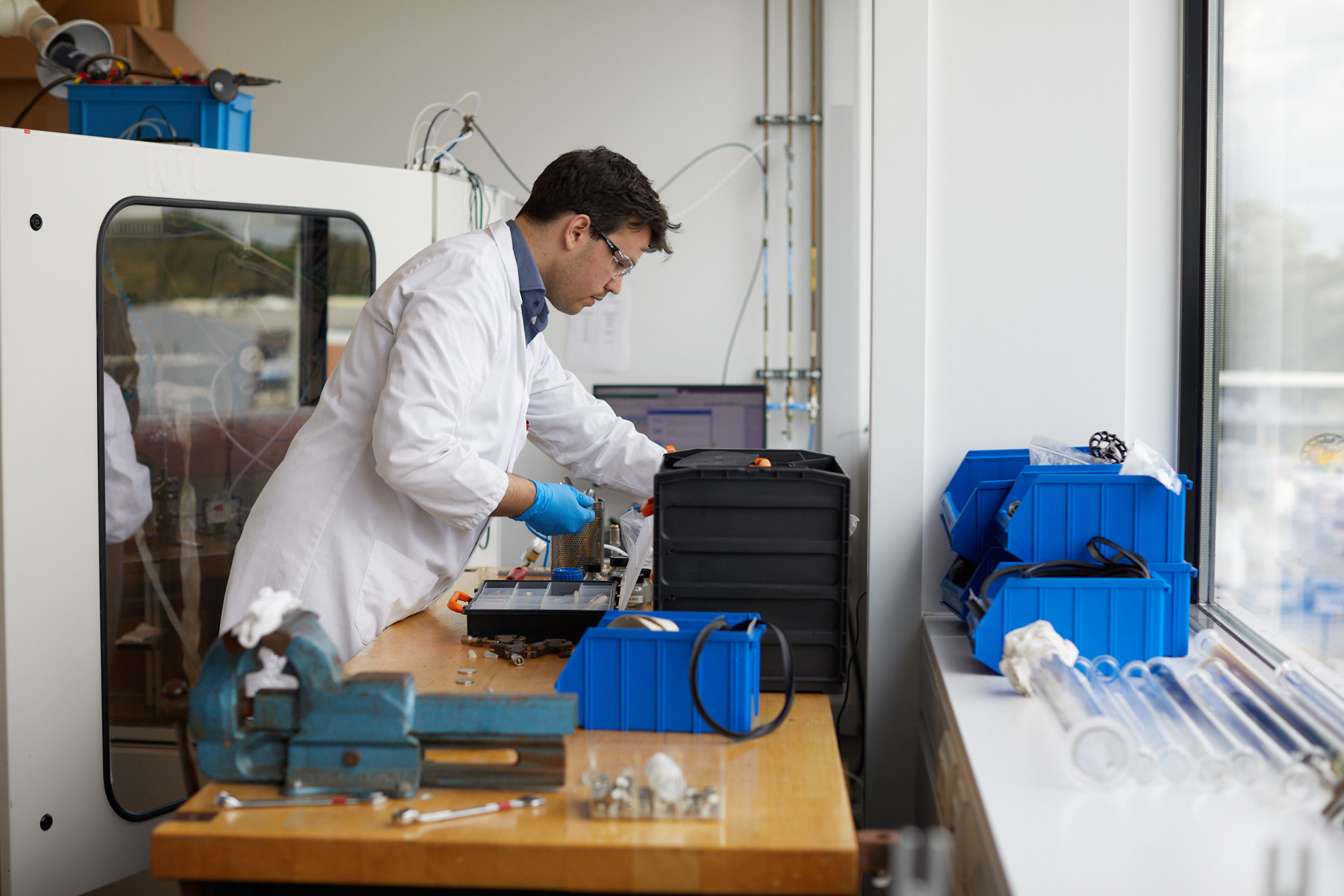 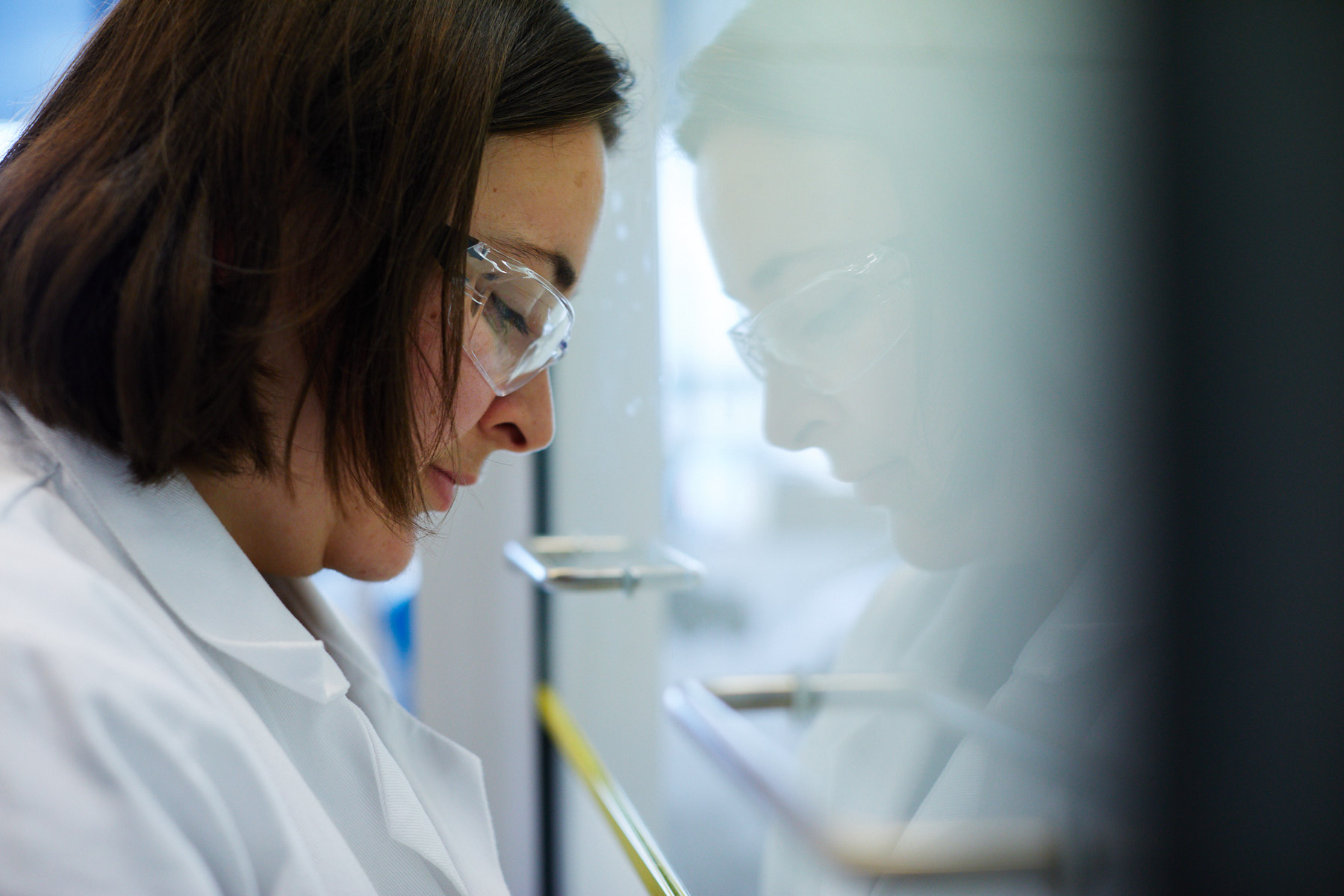 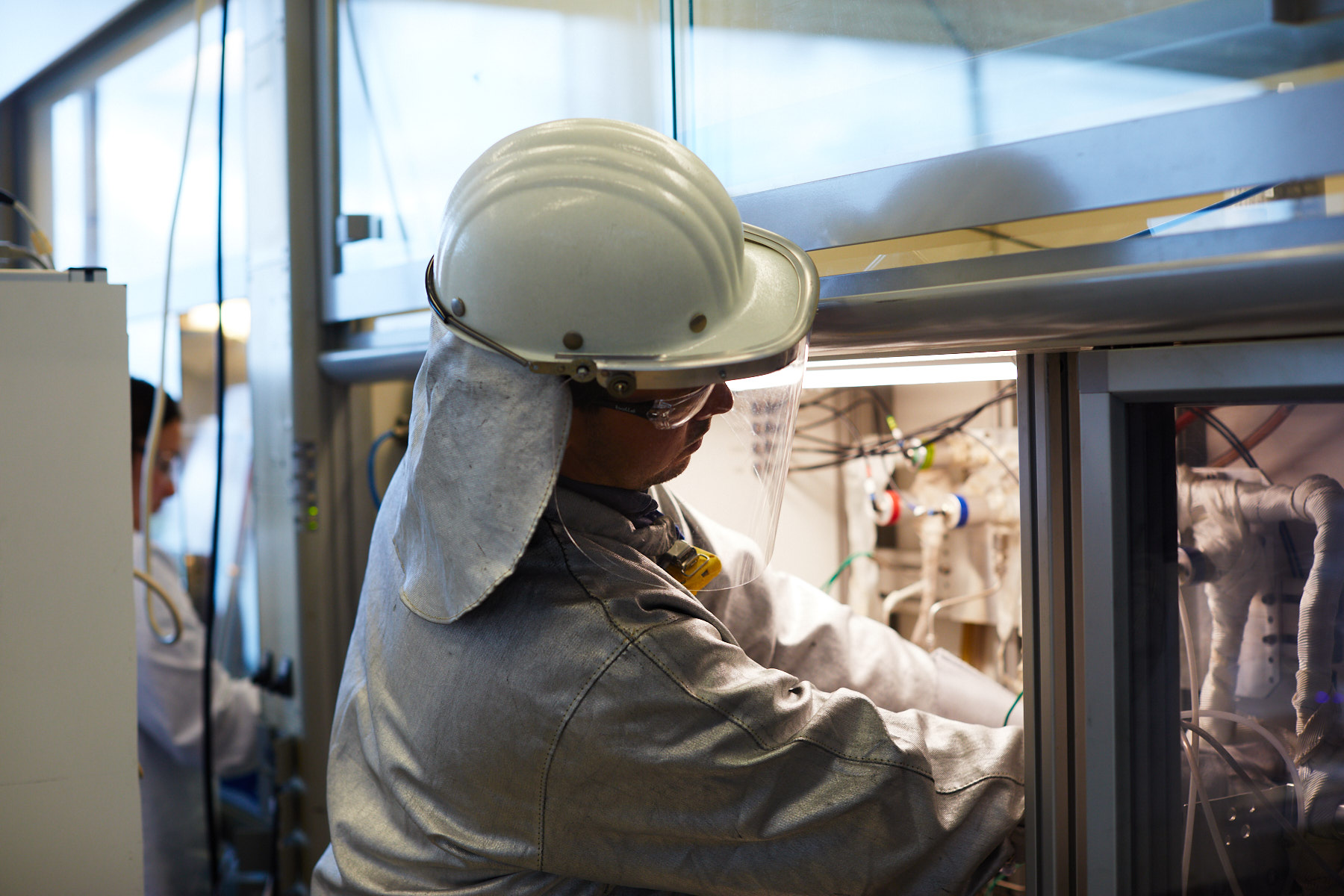 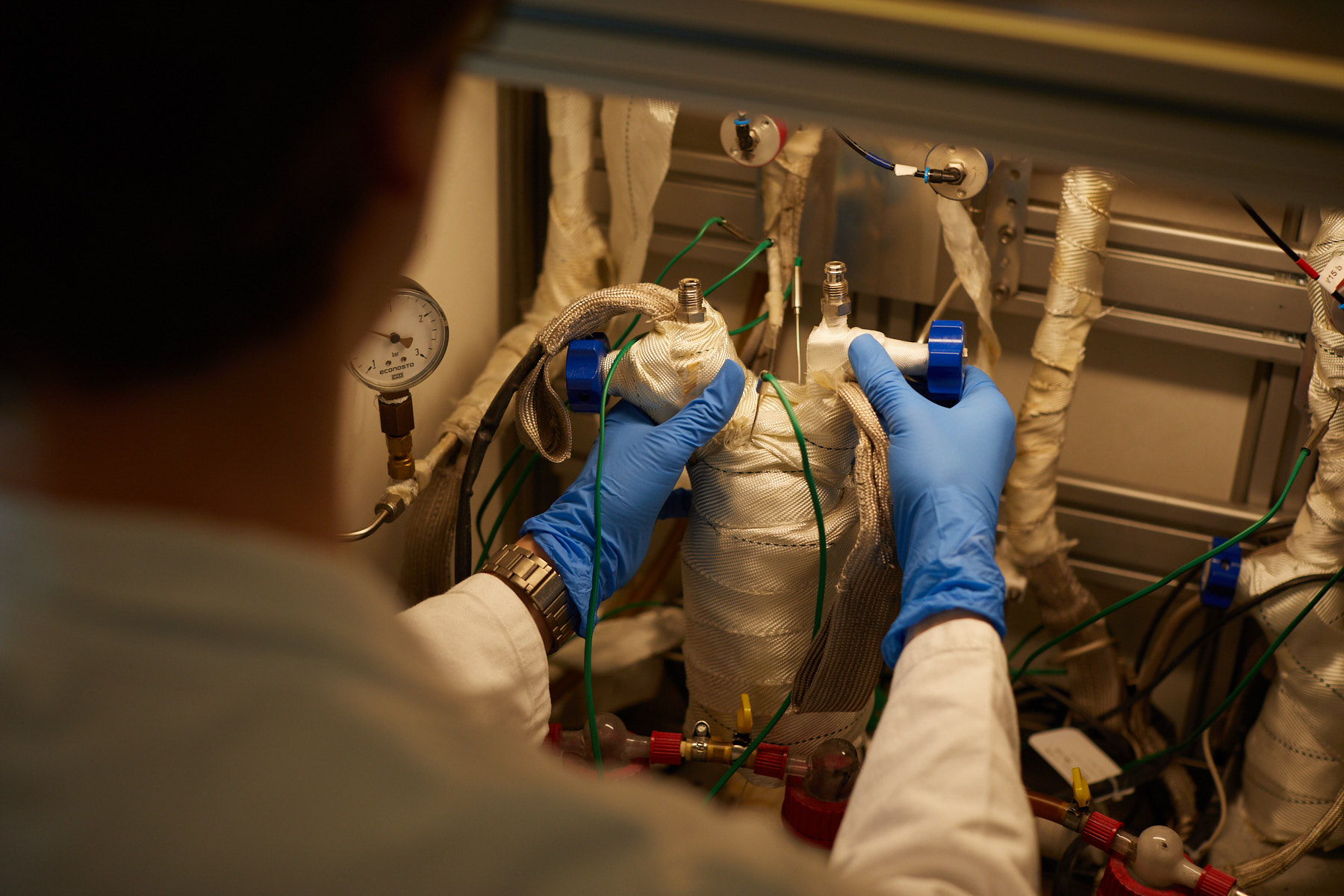 What has struck him in particular as the CEO of a start-up? “I was really positively surprised by how driven the young people are around here,” he says. “People from my generation started their careers by learning, then earning money and then giving something back to society later on in life. Today’s generation wants that too, but all at the same time! And they want to make an impact, and earn a living and learn. I think that’s really fantastic. It also means that if your company can’t improve the world, they don’t want to work for you.”

Because, ultimately, that’s what it’s all about – Colen and Delft IMP subscribe to this view too. “As a company, we can truly make the world a better place; that positive buzz is great. It also triggers a lot of enthusiasm among the large companies that want to work with us.” The ultimate goal is to accelerate the energy transition in the Netherlands, Europe and the rest of the world. “We want everyone to use raw materials more sparingly, to do more with less. And our nano-coatings facilitate that; you can do more with less material – for less money. That’s the really great thing about it.”