‘The market needs a quiet method for offshore pile-driving’

‘The market needs a quiet method for offshore pile-driving’

Increasing demand for renewable energy will lead to the large-scale construction of offshore wind farms in the coming decades. This will result in increased environmental damage for marine life, because anchoring wind turbines in the seabed is currently still a source of noise disruption. GBM Works, a TU Delft spin-off company, has developed a much quieter method of building offshore wind turbines, explains its founder and director Ben Arntz. 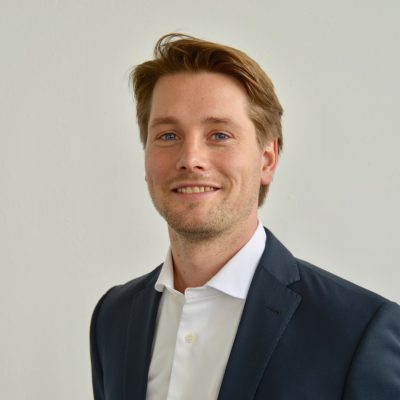 Arntz (31) is still wearing his orange vest when he appears in Microsoft Teams. Since recently, his company has been based in the Energy Solution Incubator in Utrecht, located in a former energy plant. It proved to be the ideal move for Arntz and his team, because he now has both office space and a large workshop in which to work on his machines and prototypes.

Calving whales
The idea for his company first came about in 2014, says Arntz, when he took a part-time job at Heerema in Leiden between his Bachelor’s and Master’s in Offshore Engineering. He was involved in a project in which several piles had to be installed at sea off the coast of Australia. “However, the work had to be halted for a month because whales were calving nearby,” explains Arntz. The reason: the disruptive noise caused by the work.

Almost all marine life is affected by noise from ships or the construction of wind farms. This is why noise standards apply for offshore pile-driving work. One way in which offshore companies can reduce the effect is by creating a ‘curtain of bubbles’ locally to hold back the noise. But this method is expensive and time-consuming.

Graduation project
At times, the whole project can be brought to a standstill, as happened in Australia. “It can easily cost hundreds of thousands of euros per day,” says Arntz. “I remember thinking at the time: if I can devise something to get rid of the noise, it’ll really make a difference in terms of time and cost.” While studying for his Master’s, the idea stayed with him and Arntz decided to focus on a new innovative method for minimising noise nuisance for his graduation project.

“I remember thinking: if I can devise something to get rid of the noise, it’ll really make a difference in terms of time and cost”

His supervisor in the Faculty of Civil Engineering, Jeroen Hoving, saw potential in the project and the decision was made to apply for a grant from the Technology Foundation STW to enable a feasibility study. Things then started to move fast: Arntz began his graduation project in the summer of 2016 and, by the end of the year, he had founded GBM Works together with fellow student Nick Noordam.

Piling hammer and water jet
Wind turbine monopiles are traditionally inserted into the seabed using a large piling hammer, in a similar way as happens on land. The innovation developed by Arntz consists of a combination of a piling hammer and a water jet to liquefy the ground inside the monopile. This reduces the resistance, enabling the pile to penetrate the seabed and virtually without noise.

“The first-ever complete wind farm is being built using this method later this year, but it has its limitations: it only works on sand,” says Arntz. “If you encounter layers of clay or areas where the sand is more compact, it’s not possible to get the pile to reach the right depth without unrealistically high vibrating capacity, which also makes more noise.” The GBM Works patented jet-gun technology makes it possible to spray away even the most stubborn clay. Early indications show that this method is 70% quieter than current vibratory methods.

Successful test on Tweede Maasvlakte
Last autumn, this technology was successfully tested on the Tweede Maasvlakte, using a 12-metre pile. A second test will follow in September this year (2021) in the port of Antwerp – where the seabed is full of hard clay – using a pile that is 35 metres long. 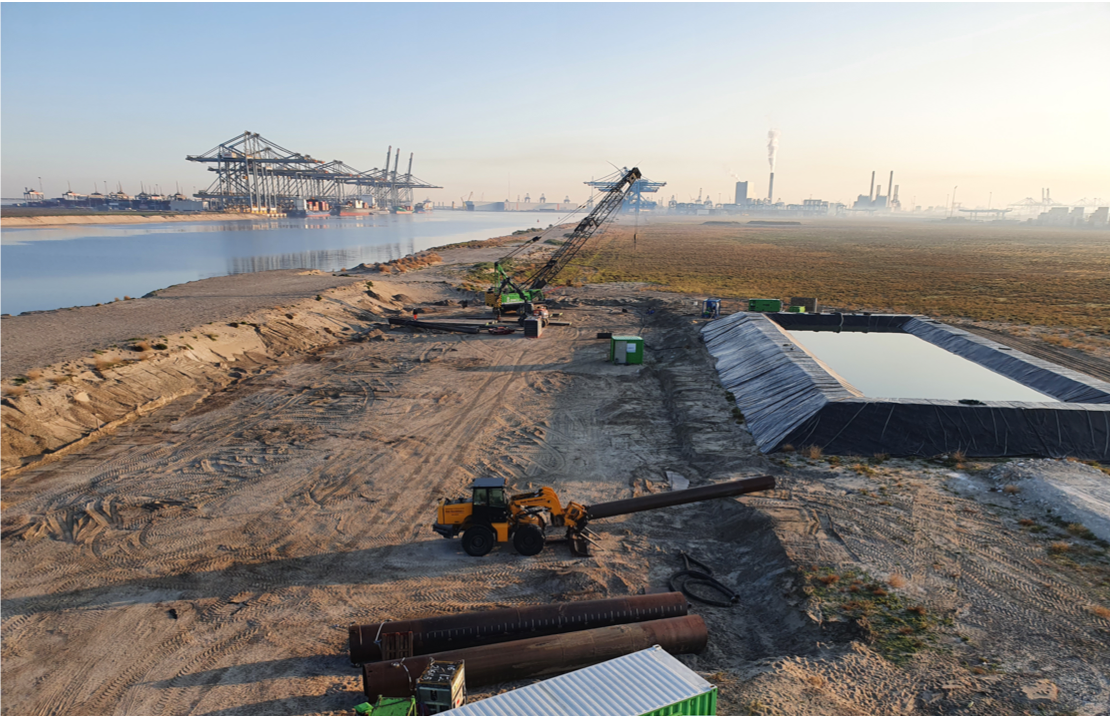 The company recently received a grant worth €1.8 million to make the prototype for this second test. GBM Works is working on the project with Deltares, machine factory Barth and DEME Offshore. GBM Works is also participating in the SIMOX project, in which various innovative installation methods are being tested.

Market launch in 2023
A full-scale test will then follow next year, after which Arntz believes the technology will have been sufficiently developed for commercial use. “We aim to do that starting in 2023.” There has been a positive response from businesses to the new technology. “The market would like to see a quiet method, and vibration combined with our jet-gun technology is the most advanced alternative.” An added advantage of the new method is that it is also faster.

As an entrepreneur, Arntz has received support from Delft Enterprises (DE) over recent years. He was particularly impressed by the role played by DE during the initial start-up phase. “That first step is very important as you move from 0 to 1.” The assistance provided by Delft Enterprises included help in writing grant applications, improving presentations and providing advice on a range of issues. He also had help in applying for a patent.

Flexibility
The most important lesson he’s learnt as an entrepreneur? “Don’t get carried away by your faith in your own technological solution,” is his first piece of advice. Often, the market is not yet ready for radical solutions; that also applied to GBM Works. “My initial solution turned out to be far too radical – and much too expensive. We developed our current product after discussions with the market and testing various prototypes.”

So, the wind appears to be blowing in the right direction. Both the Dutch government and the European Union have ambitious plans for offshore wind. “That means there will be thousands of instances of offshore pile-driving in the years ahead, and that’s just what’s planned in the Netherlands.” This will only be possible if a solution is found for the environmental damage. “Otherwise, you may be reducing CO2, but not in a way that’s sustainable.”